There are truckloads of videos on YouTube that share the best vertical jump exercises. The truth is, there’s no one exercise you’re not doing that will drastically increase your bunnies. Nah. It takes an entire approach, progression, program to see big increases in your vertical (that’s why I share my free advanced vertical jump lessons).

Today, I wanted to do the opposite of what the YouGoobers out there are doing and share 3 Vertical Jump Exercises that SUCK, why they suck, and what to do instead. 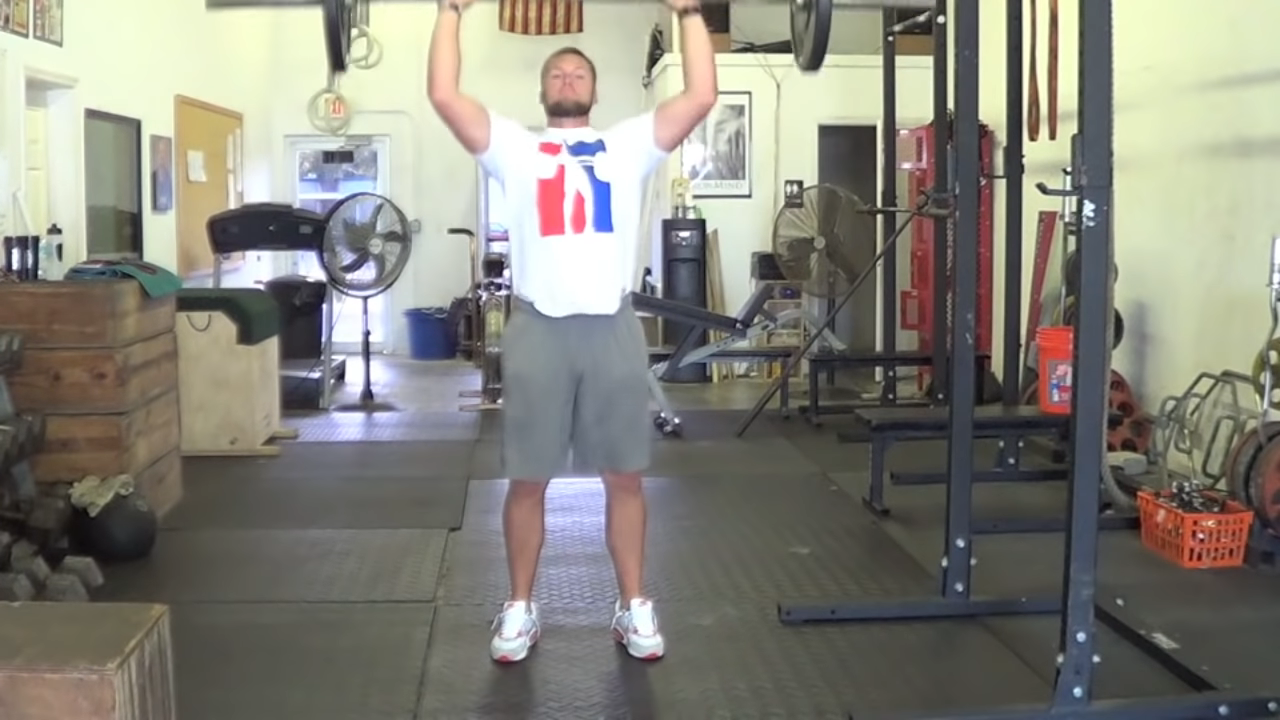 It involves a transfer of force from the lower body through the torso,

The range of motion in the knees is similar to a vertical jump height,

I like the medicine ball vertical toss because it teaches an athlete to transfer force from the lower body, through the torso, to the upper extremities without the need to decelerate. 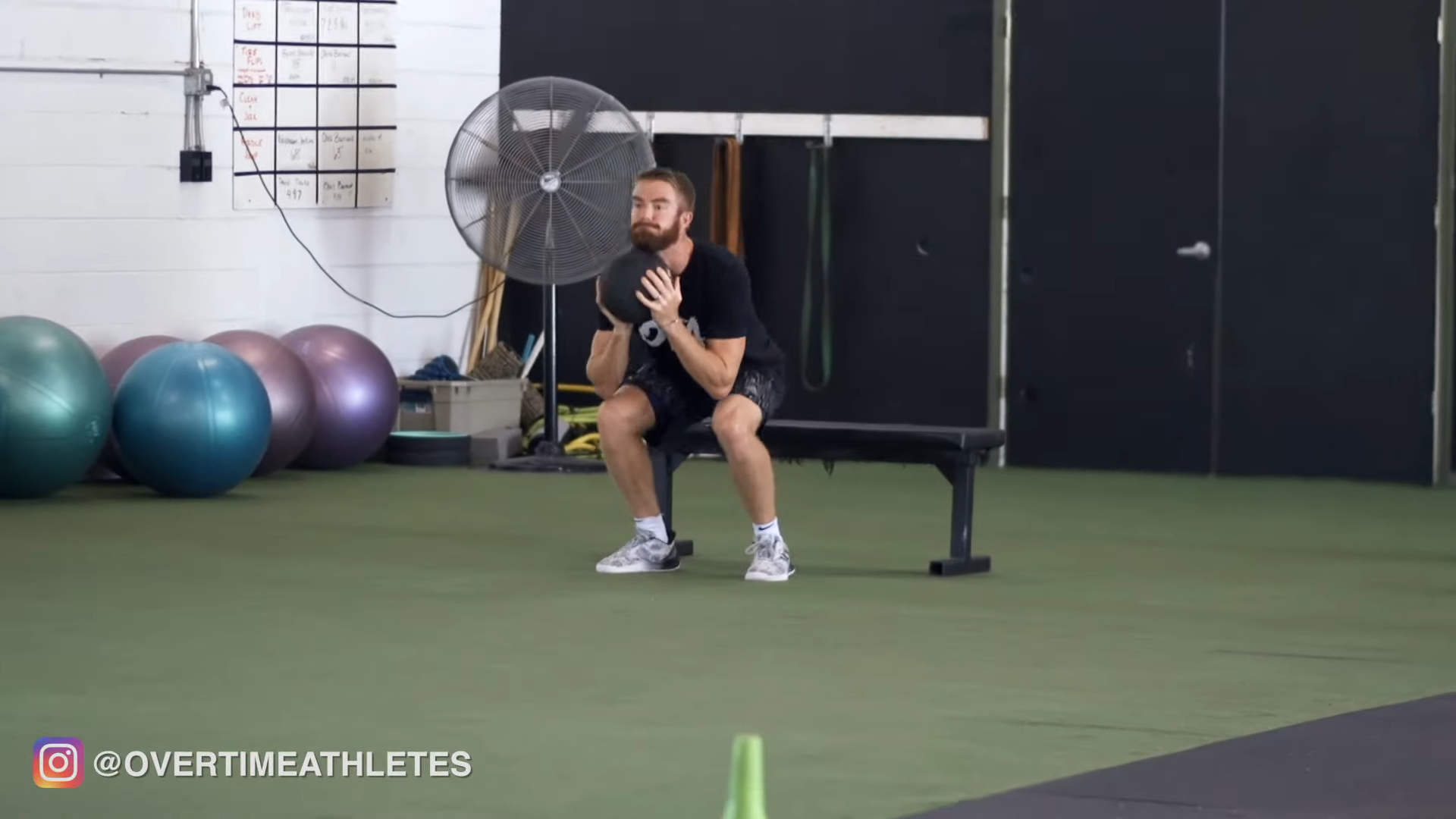 In addition, there are many progressions to a medicine ball vertical toss that make it more difficult.

You can make it reactive,

Increase the amount of force you absorb before,

Give it a shot during your next training session.

You probably gasped when you saw this.

Maybe you’re a little angry with me.

That’s okay, hear me out.

There’s nothing wrong with the squat. But, it’s the way some athletes perform the squat that drains its effectiveness.

For example, the athlete who squats ass to grass loses tension at the bottom of the squat. This requires him to put that tension back on as he ascends out of the hole.

In addition, this is about as UNsports-specific as you can get.

Here’s what to do instead:

You may or may not be familiar with the Triphasic method. To learn more about it check this blog post.

To sum it up, it’s essentially taking an allotted amount of time to work each portion of the squat: the eccentric, or lowering portion, the isometric, or hold at the bottom, and concentric, or up portion.

This manipulates specific anatomical mechanisms in the body such as the stretch reflex, GTO inhibition, the stretch-shortening cycle, and more. 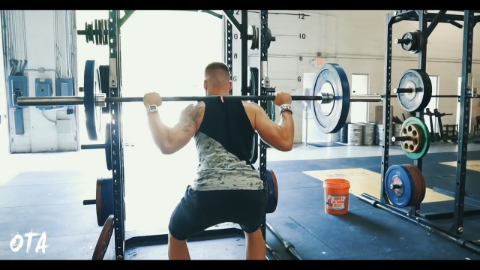 Also, Triphasic calls for a more sports-specific position when squatting.

Triphasic calls for a squat depth that’s just below quarter-squat position, instead of going ass to grass, or even parallel.

This is more sports-specific, as almost no sport requires a deep squat depth.

Most involve jumping, which only requires about quarter squat depth.

Conventional deadlifts are a great movement to build a strong and durable posterior chain. If you don’t know, the posterior chain consists of the muscles on the back side of your body including the hamstrings, glutes, low back, and more. 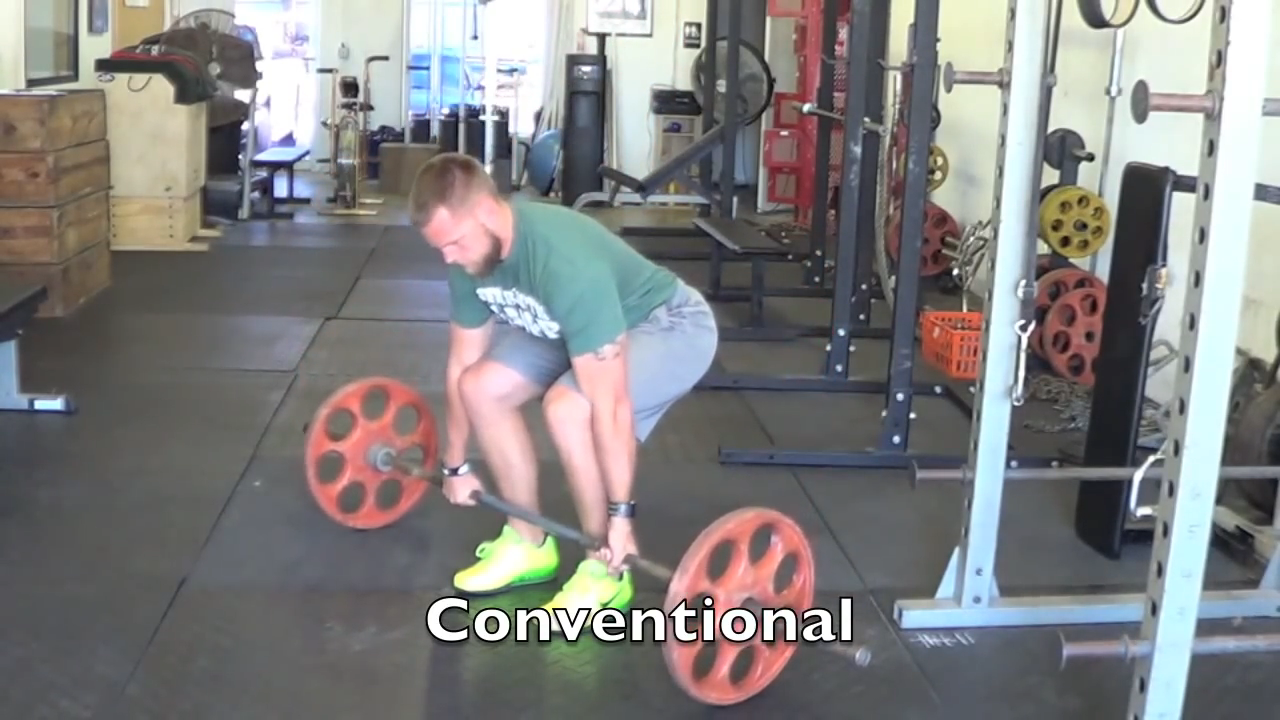 These muscles are notoriously underdeveloped in most athletes, and the deadlift is a great movement to balance this disparity.

The deadlift is more technical than the counterpart I’ll talk about below. There are many athletes who can’t get into the proper position for a deadlift. The learning curve can take time away from training. 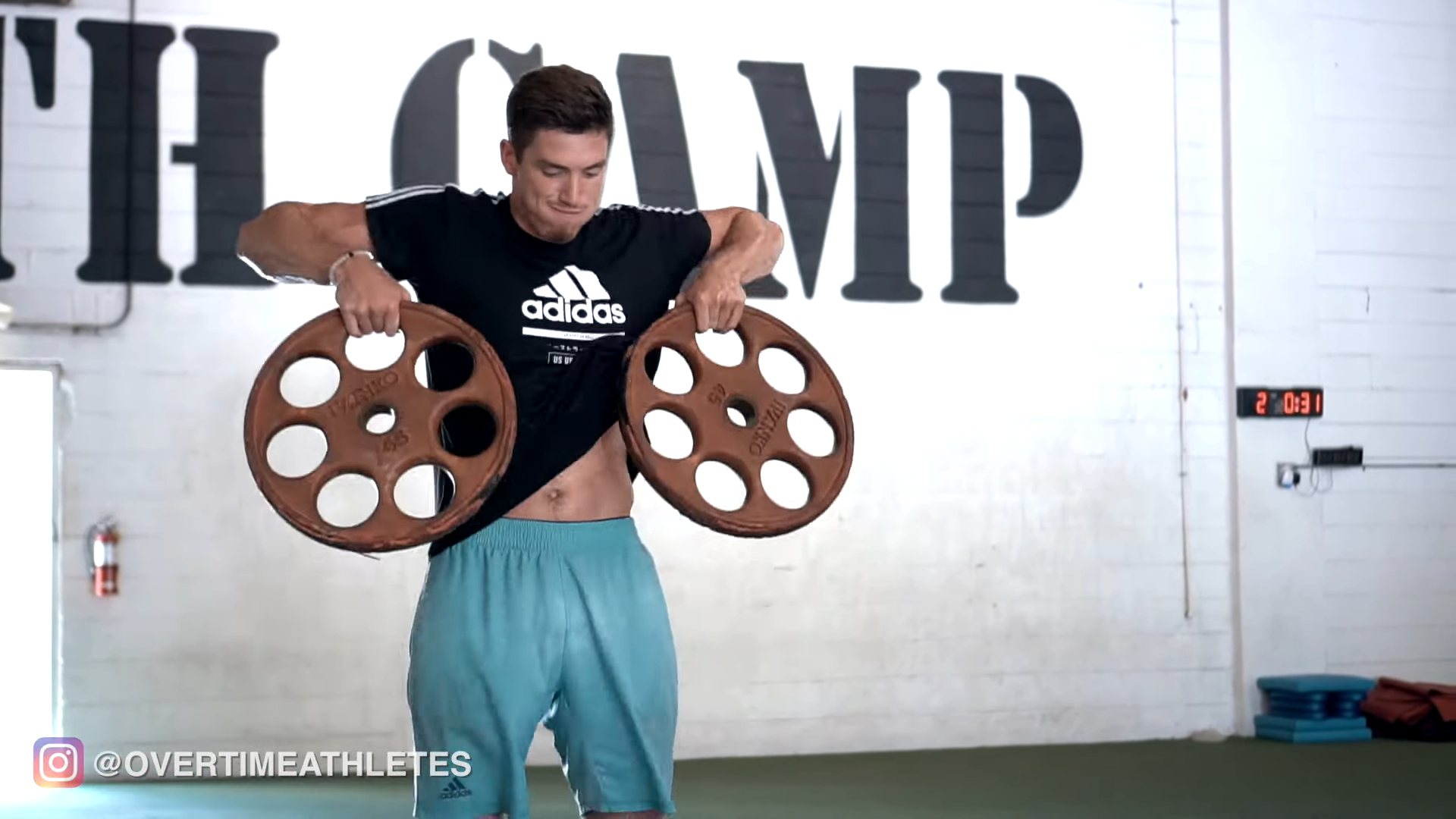 More, the deadlift has a higher risk for injury due to its technicality.

Even more, the deadlift is not very sports specific, and in general, athletes who perform conventional deadlifts can’t move the bar with the same velocity as they can performing the same weight with the next movement.

The trap bar deadlift I’ve grown more and more fond of over my years of coaching, and lately, I’ve been making it a goal to get all my athletes lifting 2.5-3.3 times their bodyweight with this movement. 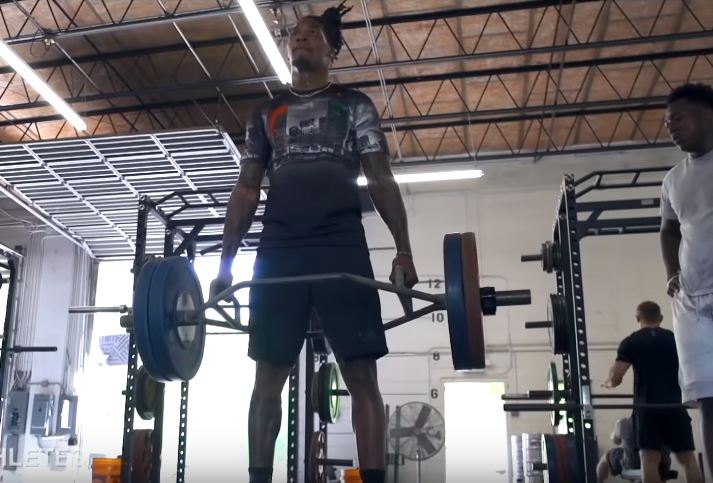 Additionally, the trap bar deadlift can be moved at higher velocities than almost any other movement, including a squat.

Finally, it’s safer than conventional deadlift, due to less technicality, and less of an emphasis on recruitment of the low back. 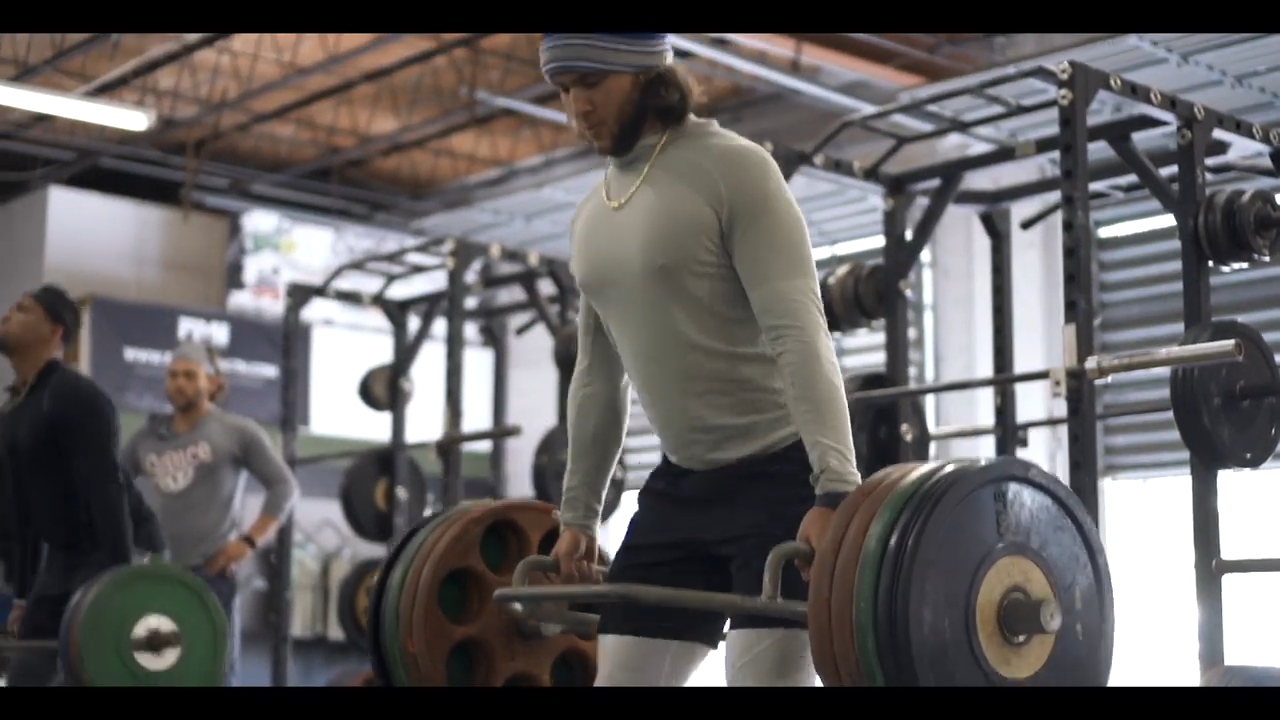 Also, since the trap bar deadlift can be moved at high velocities, it makes it a great movement for athletes, as athletes require explosive movements for sport. This is why it’s a go to for all my athletes, especially those looking for more speed and vertical jump height.

So, if you can, get rid of that straight bar, and switch to the trap bar. 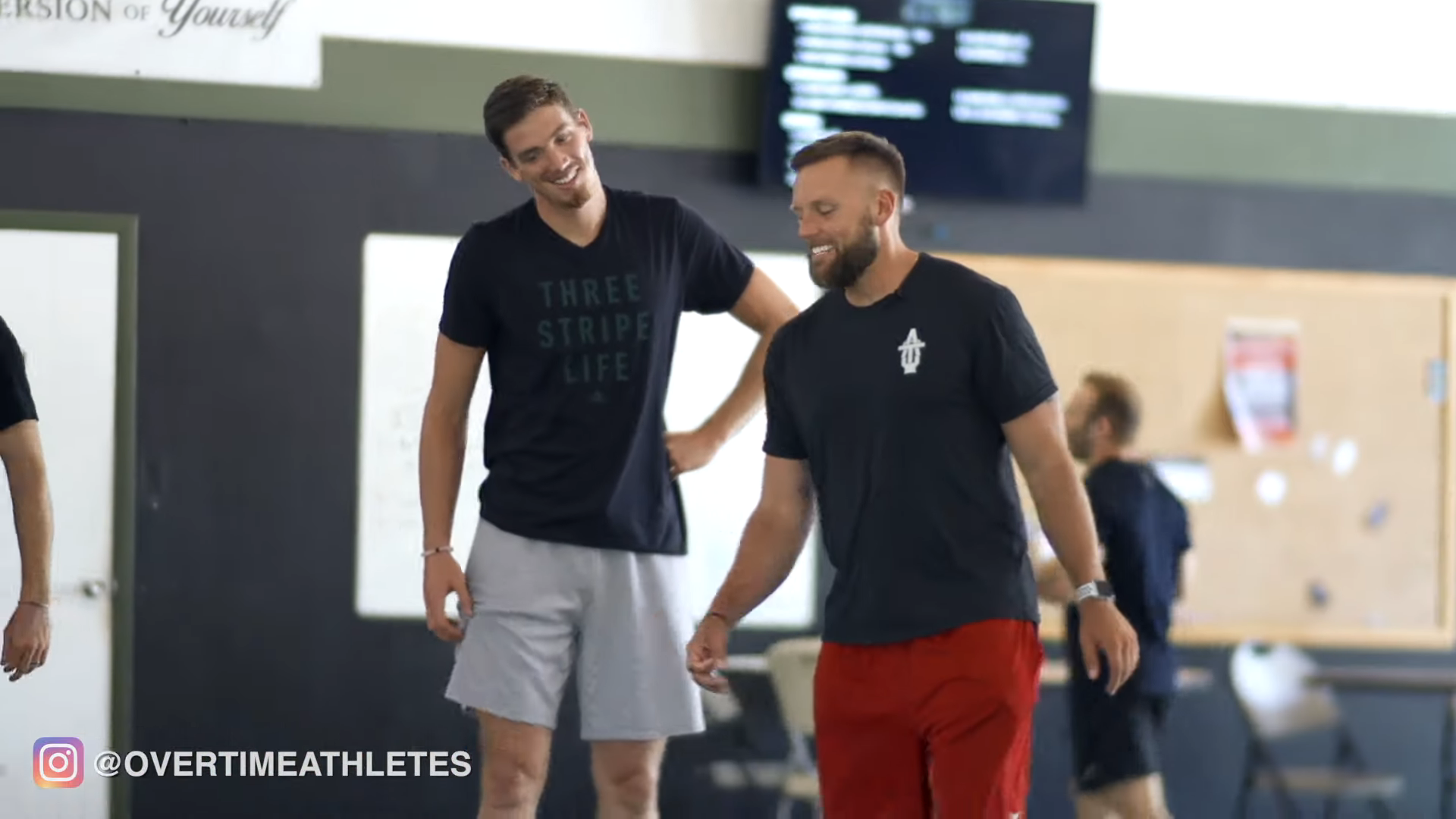 Chris Barnard is an athletic performance coach who has been training high level athletes for almost a decade. He's also famous on YouTube and Instagram for achieving a 44 inch standing vertical jump. To learn his methods for free, enroll in his Advanced Vertical Lesson Series, by clicking here.