Train THESE Ignored Muscles to Sprint Faster and Jump Higher

If you want to sprint faster or jump higher, what’s your first instinct? To train the lower body, right?

Sprinting drills, box jumps and other plyometrics, squats, and deadlifts are probably a few of your go-to’s. 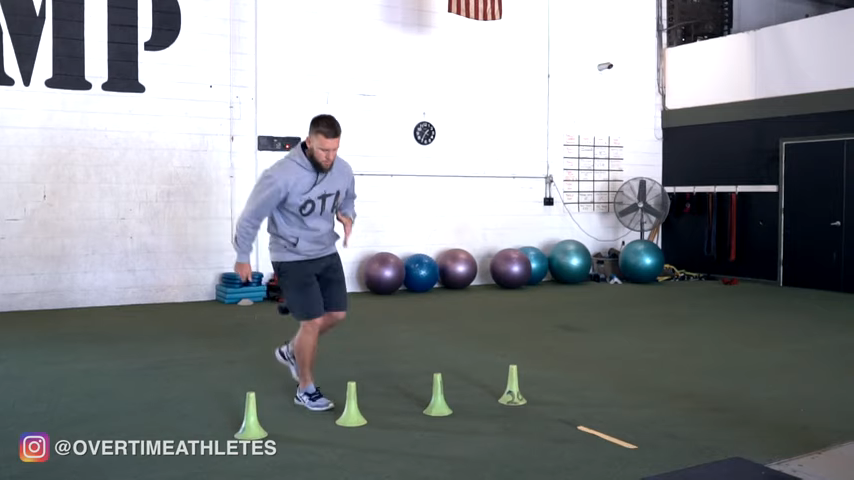 But, you forgot about an important set of muscles. A set of muscles that play a big role in your force production and absorption, but are often overlooked.

I’m talking about the feet. In my opinion, one of the most underrated components of training is isolating and elevating the performance of the feet. It’s actually kind of baffling to me that more people don’t do this.

Especially those who are looking to become more explosive. 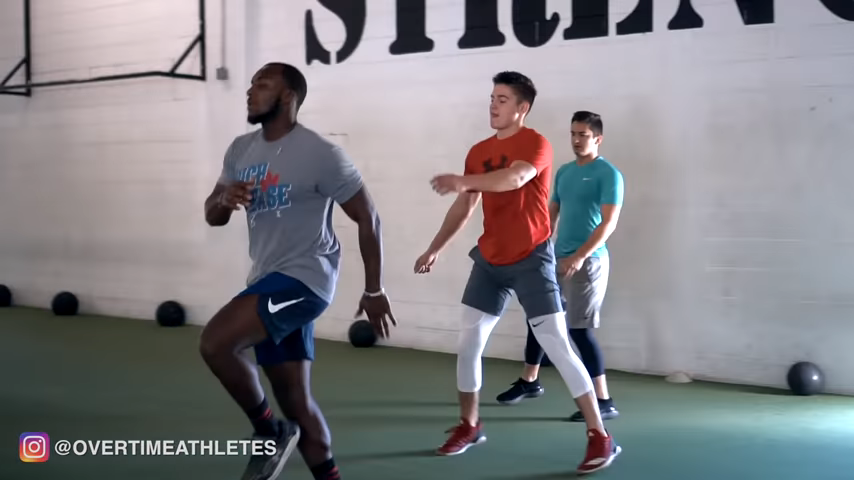 It’s almost like getting dressed up for a date. You’re wearing a Gucci shirt, nice jeans, but you throw on some ugly beaters.

And this is because the feet are literally the point of entry and exit for force. If you don’t have enough elastic strength in the feet, you’ll leak force.

When you increase the reflex and rigidity of the muscles of the foot, you increase your ability for propulsion during ground contact and reduce “power leakage” from a collapsing of the foot.

And this plays into one of my favorite things…

So, all of this said, I want to show you how to train your feet with four different movements.

Pogo jumps are one of my favorite movements to build explosive capacity. And one of the reasons for this is it’s great at building elastic strength in the foot.

To perform this movement, you’ll simple stand with your feet hip width, and your knees relaxed. Then, push through the ankle and use your arms to get up as high as you can. Spend as little time as possible in contact with the ground then propel yourself into the air again.

Make sure you don’t keep your knees locked, as this can put a lot of strain on the knees.

You’ll have to build up to these, but these are another great variation of the pogo jump to build elastic strength in the foot.

There are two ways to perform this. The first is doing the pogo jumps on one leg at a time. 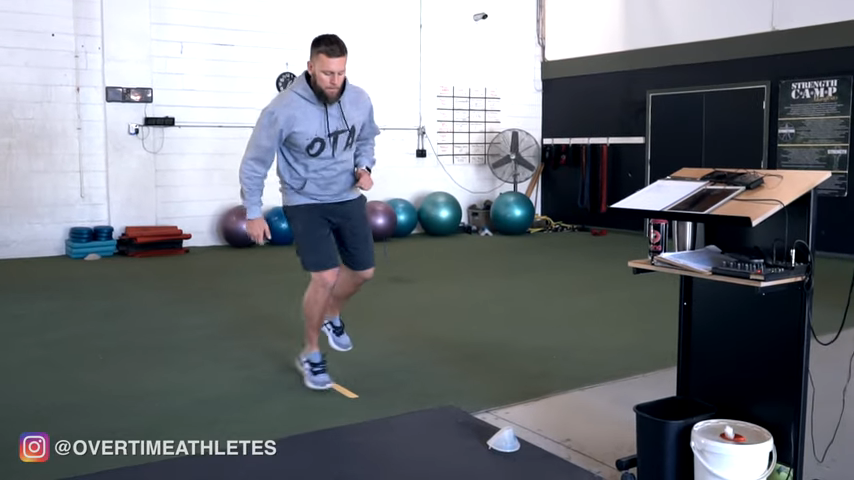 To do this, you’ll simple stand on one leg, knee slightly bent, then propel yourself off the ground pushing through the ankle, absorb, and jump up again. Switch legs and repeat.

The other method is by performing alternating pogo jumps, as I showed in the post above.

These almost look like toe taps, or like the ground is lava and you’re trying to spend as little time on the ground as possible. To do these, you’ll stand with both feet on the ground, then push off the ground with one foot. As you descend towards the ground, you’re going to make contact with the opposite foot, absorb the force, and push off with that foot.

Repeat this for desired reps.

Forward pogo jumps play a big role in speed and vertical jump, as it gets the muscles of the foot and ankle used to producing force in the horizontal plane. 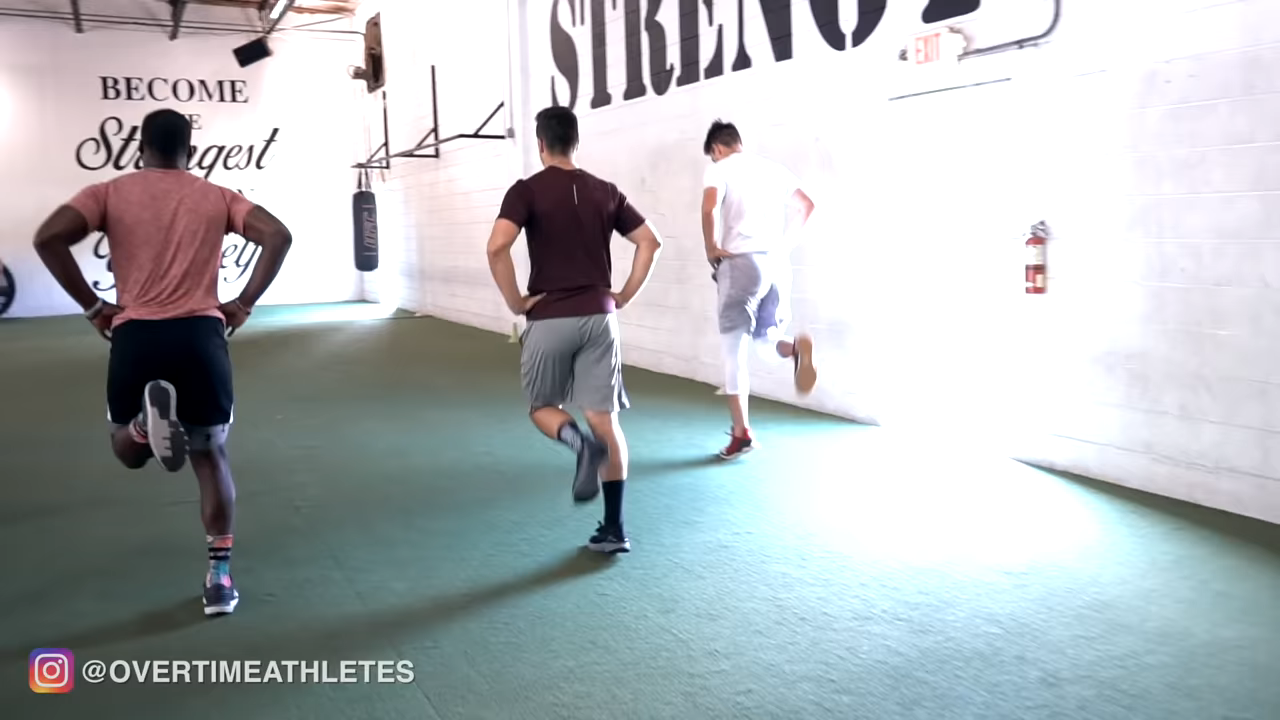 To perform these, you’ll stand just like you did for your normal pogo jumps. You may need to tilt the hips back slightly for these, then you’ll push through the ankle to propel as high as possible into the air and move forward slightly. I like to tell my athletes to get a thousand jumps in the prescribed distance. This means you’re going more for height than you are for distance.

Lateral Pogo jumps play a role in your agility and change of direction ability. It teaches the muscles of the feet to produce and absorb force laterally. 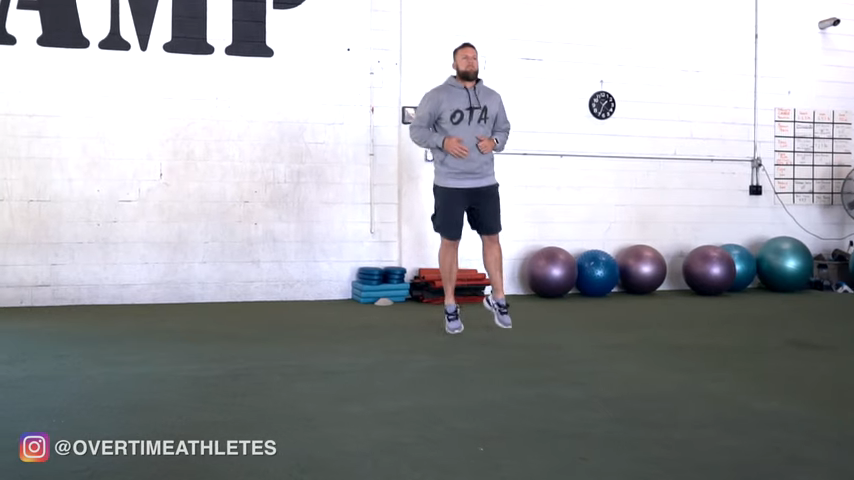 These are essentially the same as the forward pogo jumps, except you’ll be moving laterally. The same cue applies as well. Try to get a thousand jumps in the prescribed distance.

More Help With Your Speed

If you’re looking to squeeze every ounce of speed out of your body, you might be interested in this…

It’s the newest, most up-to-date speed system on the market.

And it’s based on the 3 Pillars of Speed Development I created from 10 years of coaching, research, and analysis of the common traits of the fastest athletes.

To read more about it, hit the link below: