The 7 BEST Plyometrics for Speed

Today I want to address the best plyometrics for speed. These will cover acceleration, top speed, and your linear speed in general. Many people misunderstand a lot of speed exercises. They confuse mechanical drills and plyometrics. Plyometric exercises are exercises that teach your body to rebound off the ground.

The goal with these plyometric exercises is to decrease the amortization phase, or contact time with the ground. Then, you want to absorb the force quickly, utilize that energy, and push off the ground as fast as you can. 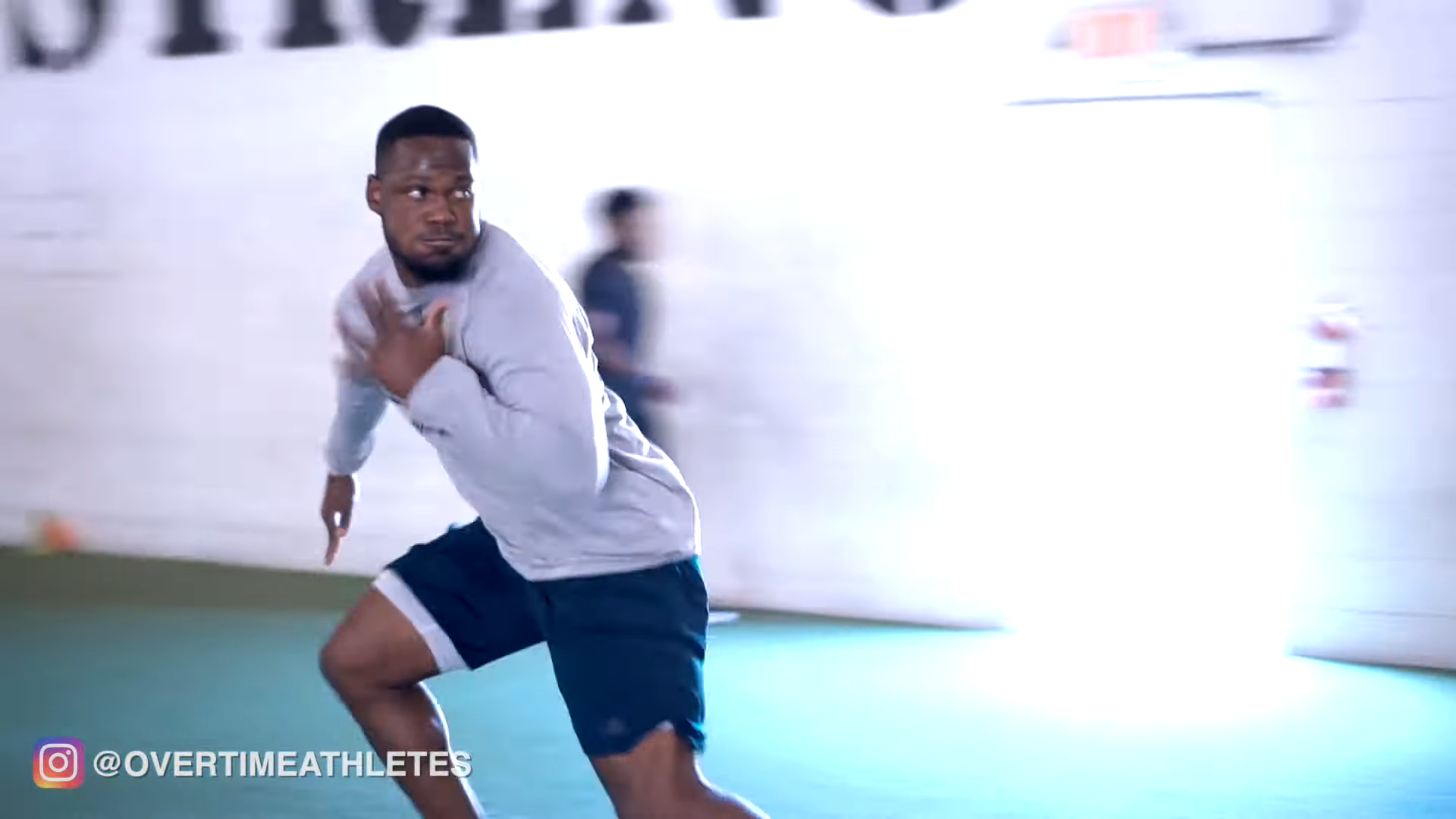 Your A-Skips, B-Skips and drills of that nature are more going to teach your mechanics. They’ll sharpen your sprinting efficiency, and place your body in the right position to display force… But, they won’t increase your force production.

In this post I’m going to share the 7 best plyometrics for speed that you can plug into your training. These plyometric drills will help become more powerful, and in the end, sprint faster.

Let’s take the plunge in:

Power skips for height are a great plyometric exercise to improve your maximum velocity. If you don’t know, when you’re in the maximum velocity phase of your sprint, your horizontal force production comes to zero and you’re mainly fighting gravity with each stride. The more vertical force you can produce to fight against gravity, the longer you can maintain your maximum velocity.

Here’s How to Perform Power Skips for Height:

Now, we’re performing power skips in the horizontal plane. Your first step explosiveness and your acceleration all depend on your horizontal force production. This is a weak point of many guy’s sprinting. If they could increase their horizontal power, it would lead to HUGE speed increases.

Here’s how to Perform Power Skips for Distance:

Power bounds for height are a bilateral movement that will increase your vertical force production. This movement will also work your ability to quickly absorb force and push off the ground. This ability will carry over to your sprint speed and can even help you jump higher.

Here’s how to Perform Power Bounds for Height:

Here’s how to Perform Power Bounds for Distance:

Single leg high knee pogo’s are a great plyometric for speed for multiple reasons. For one, they teach the athlete to explode off the ball of their foot. This speed plyometric also raises the force production capacity of the ankle, which is an area that’s commonly overlooked… Especially when it comes to plyometrics. This plyometric also teaches the athlete to rapidly get into triple flexion, which will help with their sprinting efficiency and eventually their sprint speed. You can perform these alternating or one leg at a time.

Alternating bounds teach the athlete to be explosive through the ball of the foot. They also teach the athlete hip separation, or how to flex one hip while extending the other. This obviously applies to your sprinting ability as one hip flexes as the other extends during a sprint.

Here’s how to Perform Alternating Bounds:

Single leg cycling is a combination of both a mechanical AND power movement. It’s a very advanced movement that will teach you to quickly cycle the leg, as opposed to having the leg trail. It will also teach you to propel down certain distance where you’ll have to apply force and quickly absorb it.

How to Use These Plyometrics for Speed 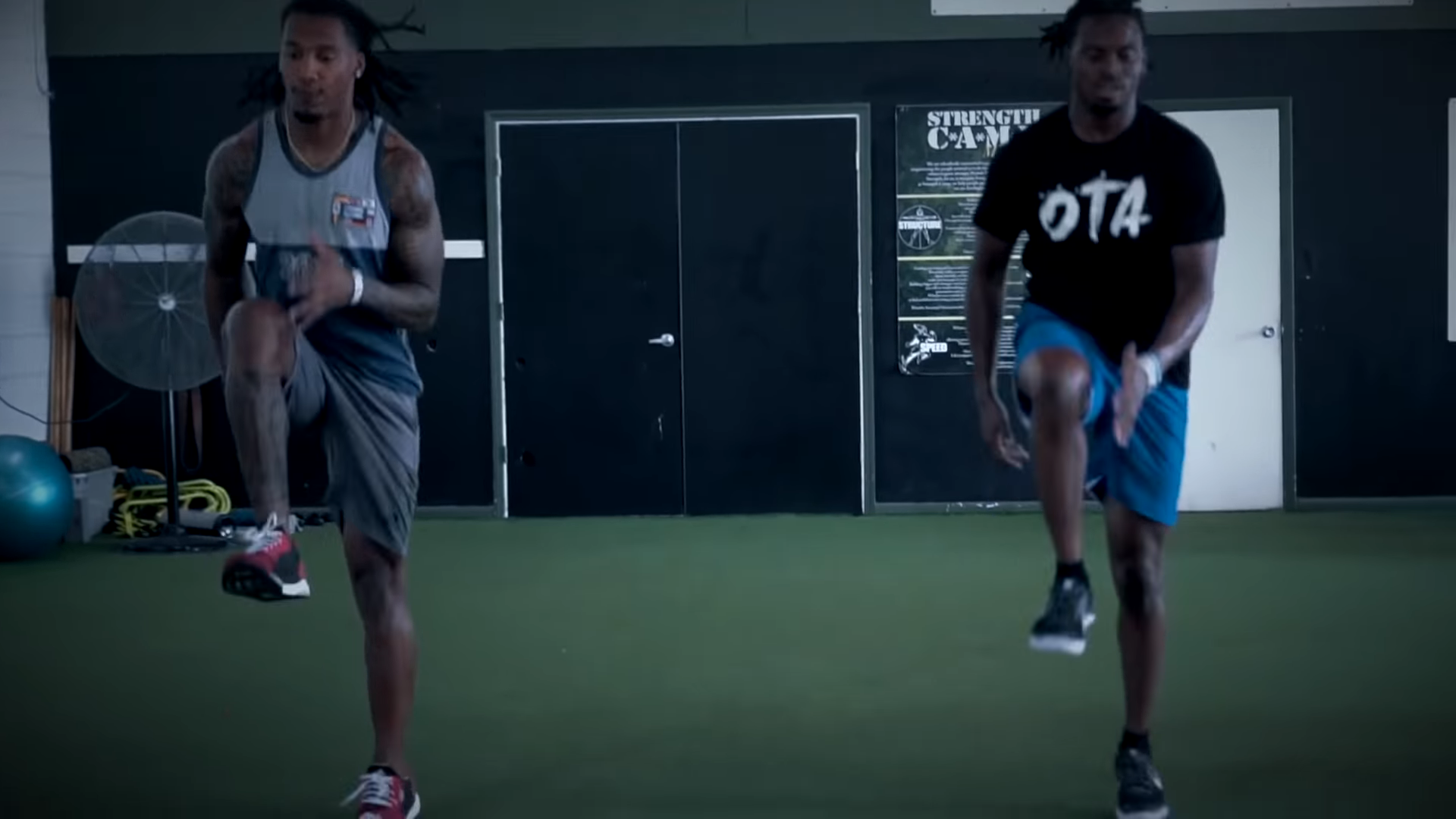 It’s one thing to have a bunch of random exercises. It’s totally different ball game to have them plugged in to a cohesive program that’s structured to give you speed.

That’s what Athletic Speed System is.

It’s the most up-to-date, scientifically backed, speed development program on the web.

It’s like having an expert speed training facility wherever you go… Because guys are getting faster in 30 days or less.

He messaged me and told me he took .3 seconds off his 60 time in his first 3 weeks with the program.

For more information on Athletic Speed System, hit the link below: