Today I’m going to share what I believe to be the “King” of strength movements and why. My goal is to break down the differences between those which most people crown as the king of strength (the back squat or some variation of deadlift), and why walking lunges are the best strength exercise for athletes.

Don’t get me wrong, I still often use the back squat and mostly trap bar deadlift with my athletes. But when talking about performance, athleticism, and increasing your overall stimulus – I believe that walking lunges are superior to both. Let’s get into exactly why and break down each of these movements. 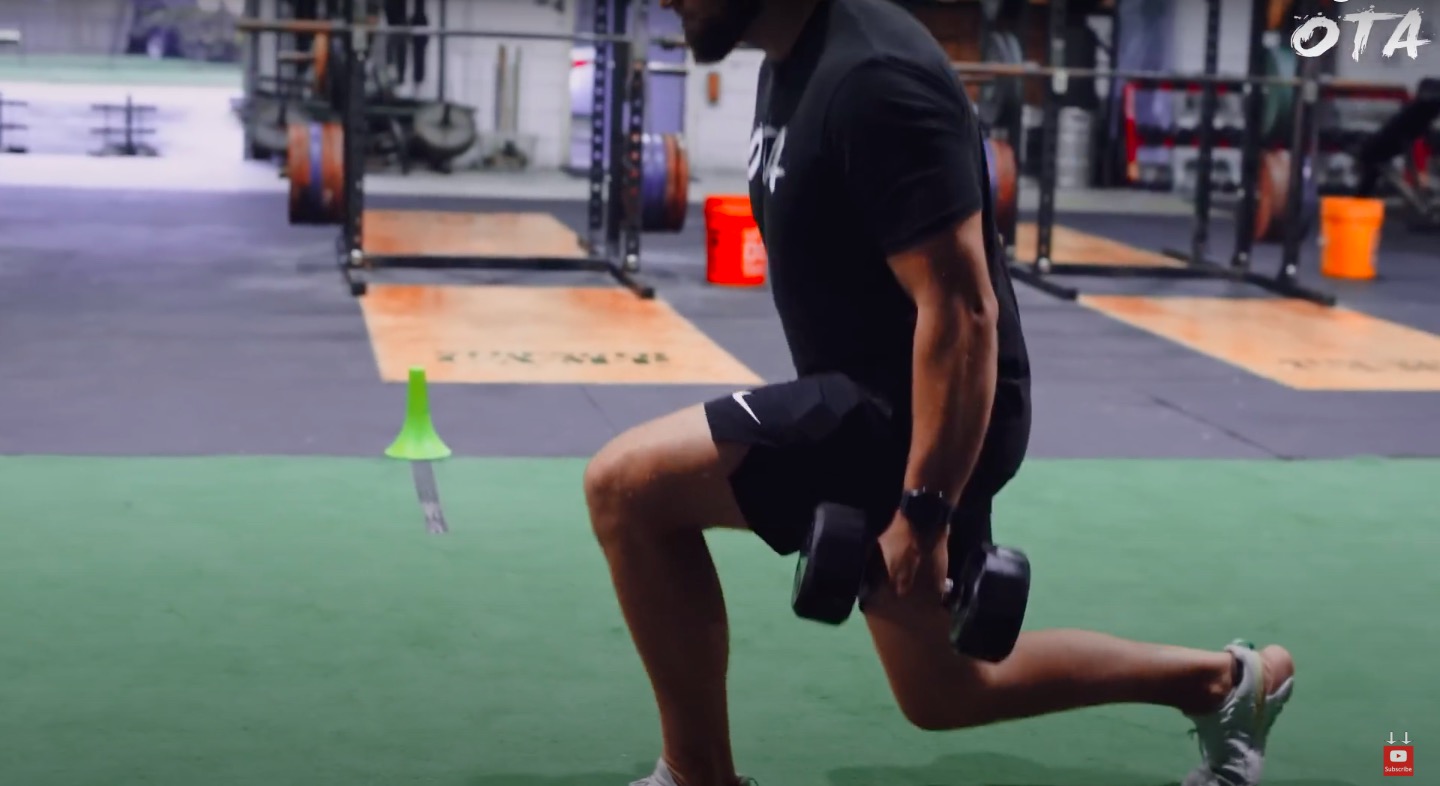 First of all when working on a back squat or a trap bar deadlift, it’s easy to see that you’re decelerating through hip flexion, and upon standing extending through hip extension. This is a basic pattern you might use on the field or court to be able to jump, sprint, etc.

While doing walking lunges, as you step forward you’ll engage in the same pattern of hip flexion and extension. This time however, you actually have to pull your hip through the extension and immediately get into your next pattern of movement. In the squat or trap bar deadlift, you’re working in an up and down plane against gravity. The walking lunge forces you to work against not only those vertical forces, but also horizontal which much more closely mimics human gate and the way you move, walk, run, or sprint as an athlete.

What are the benefits of walking lunges?

Many athletes tend to favor one leg over another while sprinting, cutting, changing direction etc. By using walking lunges you can bring both legs and both sides of the body into symmetry and create balance with unilateral movements like walking lunges.

The second benefit is that we can really increase and promote stability through walking lunges. Any time you have to take a step forward, you’re moving into instability. Whether bodyweight or adding a load through dumbbells or a barbell, etc… that single leg has to support you through falling forward. This in turn makes the walking lunges an excellent movement to help you increase stability.By going through a unilateral exercise or single leg motion like walking lunges, you are forced through a greater range of peak motion or in other words a deeper ROM.

Any time you are in going through walking lunges, you experience ROM work through the hip, knee, and ankle joint. This becomes a lot more dynamic and realistic for training when it comes to preparing as an athlete to perform on the field or court.

There’s a few studies (linked here) that have come out comparing a back squat with walking lunges. These studies pointed out that the total musculature recruited during each movement was not equal… walking lunges use more muscle plain and simple.

As an athlete looking to be efficient in the weight room and make a bigger difference in sprinting, running, and jumping, you might just get more bang for your buck with taking some dumbbells for a walk over hitting heavier back squat. Here’s why.

My goal as a coach is to always get the greatest stimulus out of an athlete during each session. Whether you’re working on your own or training with a team right now, here’s a quick breakdown of how to get solid work done.

This means I can safely load an athlete with just a single leg movement, doing far more that I would be able to when doing a back squat. This is especially helpful for younger or less experienced athletes so that they can build foundational strength without compromising the spine or loading up too heavy.

If you want to watch my full breakdown of why walking lunges are the best strength exercise for athletes, check out the  video below:

Historically, the squat and trap bar deadlift have been named some of the most popular exercises within the world of performance and athletics. In my opinion, these were previously at one point in time only performed for the actual sport of weightlifting or powerlifting. The athlete would have to master that lift because it was the exact movement that performed in. From that period in time, there’s actually been a lot of parameters built around how to lift for athletics.

In the world of football, basketball, soccer, baseball, etc… this isn’t as much the case. When you look at walking lunges, they’re much more similar to what you’ll be performing through space on the playing field. This doesn’t mean you have to abandon squats and deadlifts also, but you should constantly be challenging yourself to question what and why you’re training in the gym.

Build more strength for your sport:

No matter what level you’re currently at in your sport, it’s always  a good time to invest in your training. Start with the Athletic Formula linked below: the pro-athlete proven method for dramatic strength increases on a regular basis.