Check out this med ball series to develop baseball rotational power. Check this out to hit with more power and increase your batting velocity.

If you want to work on your exit velocity, make sure you have a balanced training program filled with plyometrics and resistance training – where you’re working through the trunk and increasing your overall, absolute strength.

I’m going to breakdown a simple progression I like to have my guys do using medicine balls.

When it comes to the actual med-ball progression, there’s a myriad of different med ball movements that we can do. Our first movement is going to be a focus on the basics of an underhand rotational throw: a staple in my program to increase baseball rotational power. I like to increase and progress an athletes’ full-body power throughout the off-season by isolating, elevating, then integrating.

Essentially, I want to isolate the movement down to the very musculature that supports you while moving rotationally. From here we’ll integrate the upper and lower body to become connected, creating one solid unit which can disassociate and create a whip-like movement through the entire body, allowing you to hit with more power.

The goal in this initial phase of movement is to isolate the trunk in its most simplest form.

Facing a wall, bring both knees down to the ground holding the medicine ball out in front of you in both hands. Twist to one side creating a long range of motion. Initiate the twist to center with your core, whipping back and release the ball so it explodes to release into the wall.

Perform a few reps of this on both sides to balance that out.

This next phase of movement transitions you to a half-kneeling position. By doing this, you’re actually creating more stability in the hips which allows you to use a little bit more power in your throw.

This time from a half-kneeling position, with the med ball in both hands twist to whatever side has a knee down. Twist through the core with straight arms, releasing the ball at the wall like a whip.

The next phase involves a bit more integration where we’re on our feet. Now the drills will look and feel a little more specific to hitting. I tell my athletes to not think of this as swinging the bat, but set up as if you’re getting ready to bat.

Take your hitting stance, standing laterally to a wall. From here hold the med ball in both hands, loading below the hip and twisting into your far leg to set up for an underhand toss. Focus on loading the back hip, allowing you to push off for power and allowing the body to follow through.

Twist powerfully through the torso creating a whip-like effect, then follow through as though you would on a hit. Be sure you don’t push the med ball towards the wall but rather underhand toss then release.

You could make this movement even more dynamic by adding more movement before your twist. Do this by using a quick hop and step forward before you toss the med ball to create a bit more energy and then move into the wall. 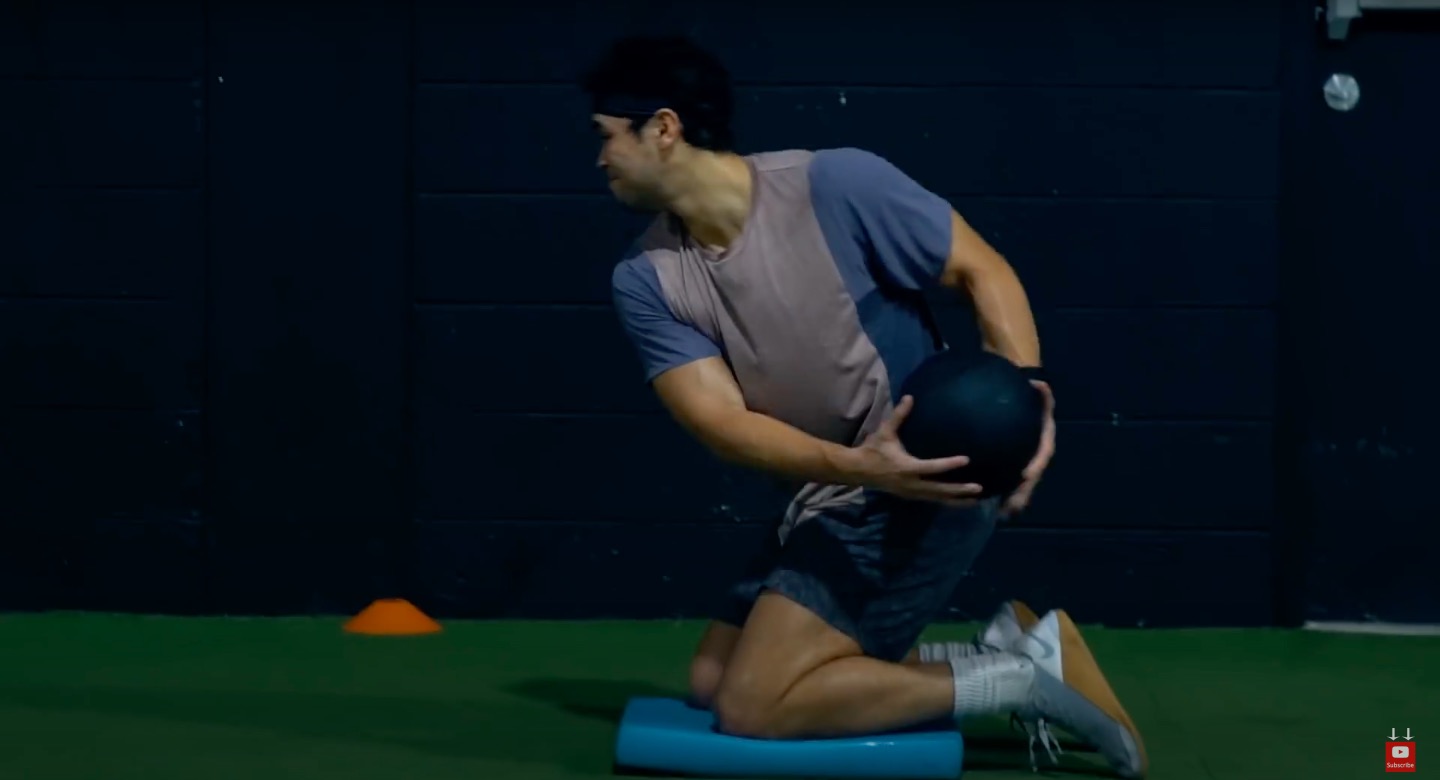 Isolate, elevate, then integrate your movements to stay dynamic and add more velocity for true adaptations and more rotational force.

For more baseball workouts check these out:

Want to master your off-season training for next-level results? It’s time to get your hands on my best selling program: Baseball Power. Reach your true hitting, throwing, and pitching potential in just 90 days.

Baseball Workout for Speed and Strength 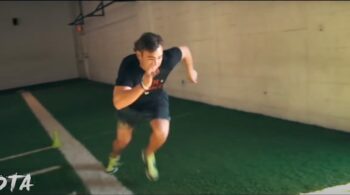 Baseball Workout for Speed and Strength