How to Program Your Agility Training 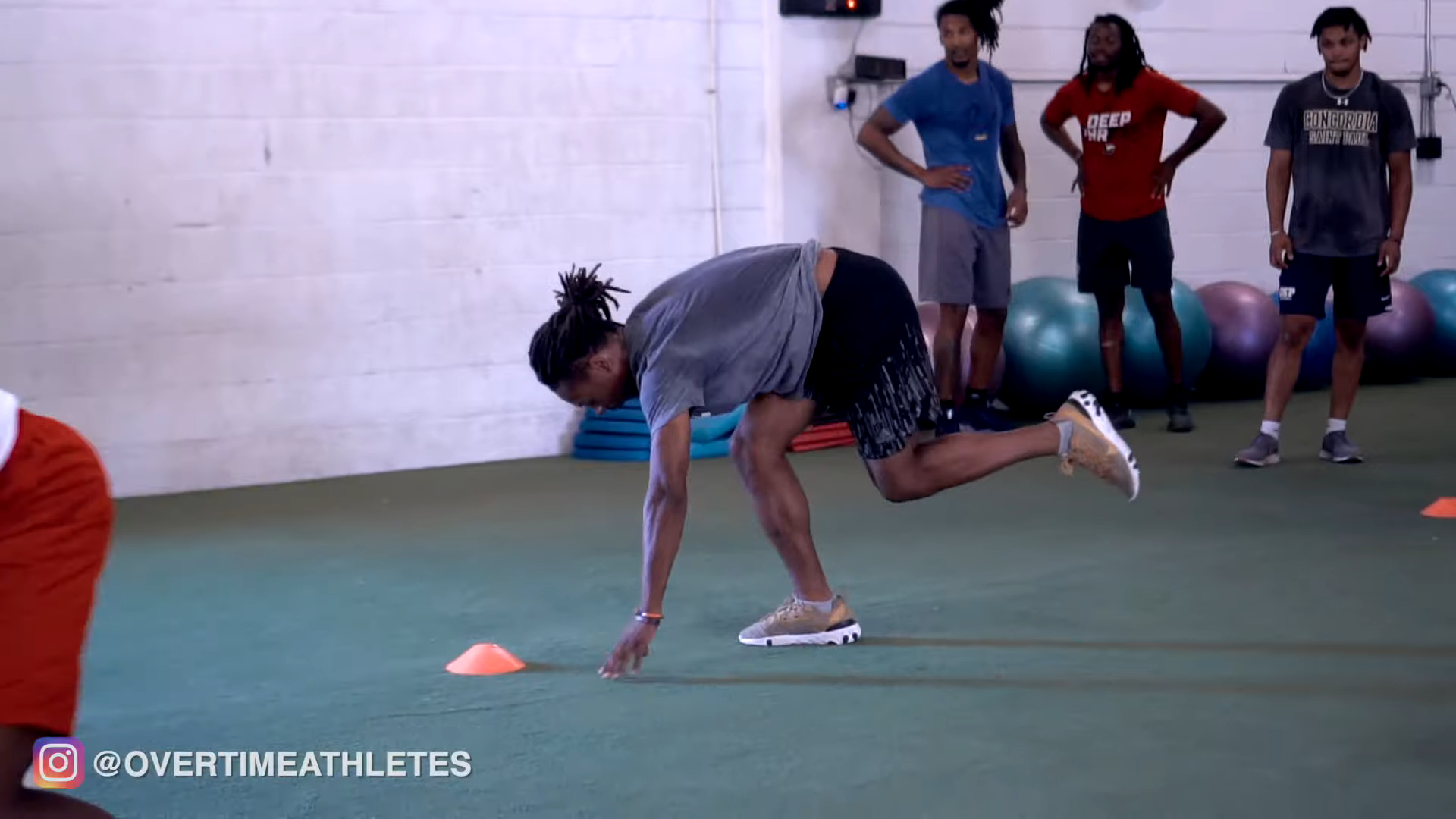 Speed, strength, and power are the foundations of becoming a good athlete. But there’s an important factor that will change your game – and it may be missing from your training… Agility.

There’s a huge difference between being all-out fast, and being fast at Game Time. Almost any team sport is going to require an athlete to be able to change direction while at top speed. This is where games are won or lost.

Today I want to discuss how you should be programming your agility training so that it directly translates to your sport.

Before we get into it, feel free to check out my latest program “Game Speed” – a Full 14 week program designed to elevate your agility.

Just like most training for athletes, I approach agility programming with a progression.

Assuming you’re a team sport athlete like most of those I work with (Basketball, Baseball, Football, etc), we’re working with a pre-determined off season. This is typically anywhere from two to six months so it’s during this time that we want to progress and elevate the athlete. We’d also progress the same way, on any given day of training throughout that session.

Next I want to break down how I progress agility into three phases that you can use during any day, month, or off season of training. This starts with looking at a basic change of direction, moving into true agility, and finally sport-specific speed. 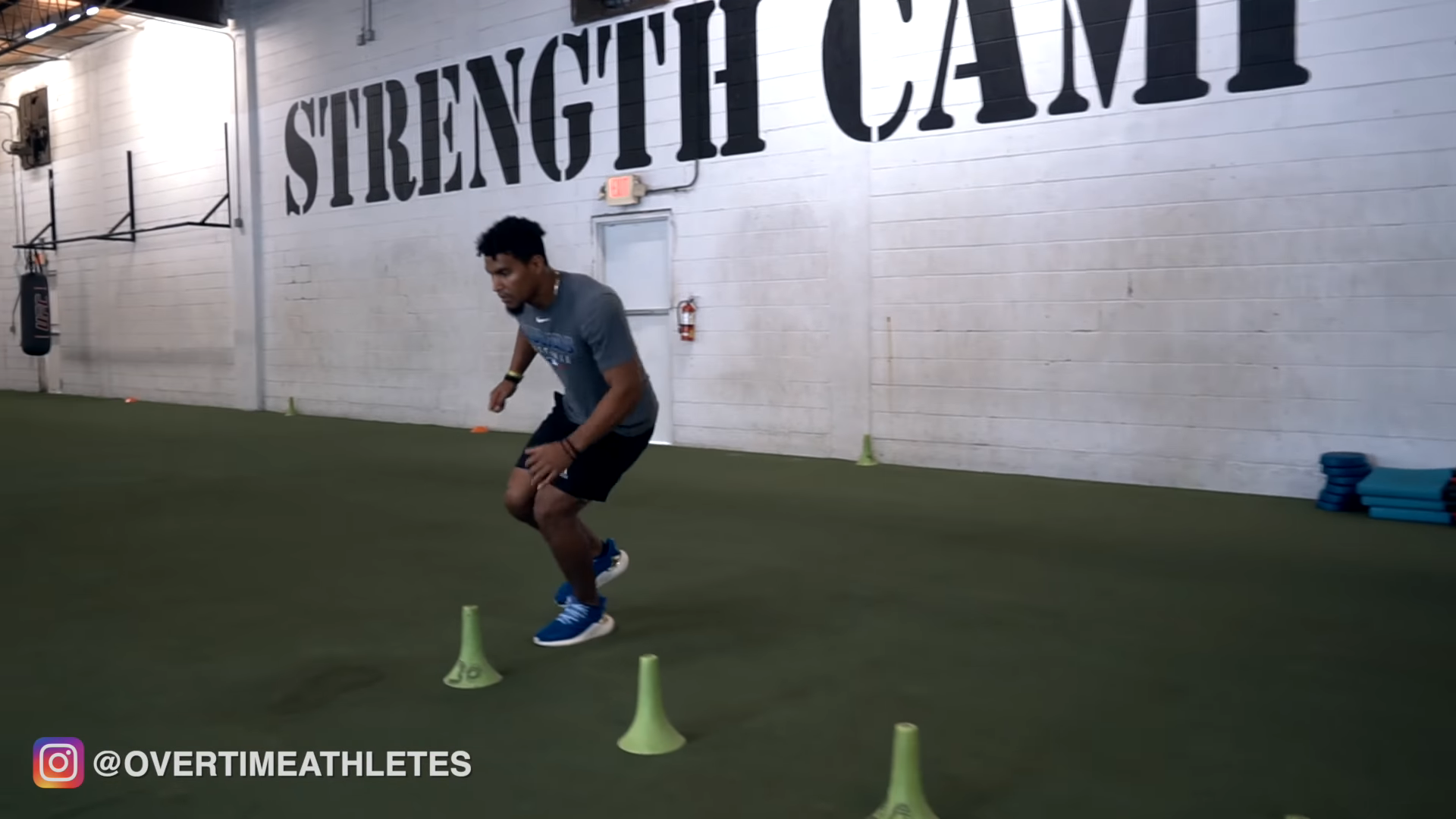 This phase is just how it sounds: it focuses on linear (forward and backward), lateral (side to side), and multi-directional movement.

All of these changes in direction during training however are predetermined. This means that when training in phase one, there will be cones or markers to establish when and where the athlete will be changing direction.

So for example, the athlete may be doing a sprint to a particular cone and then backpedaling to their start position. There’s no exterior stimulus that the athlete has to interpret in order to know exactly where they’re going.

The purpose of phase one is to begin elevating those particular movements.

I’ll typically have an athlete train change of direction anywhere from a month to two months, but it’s also possible to spend the majority of an athlete’s agility training in this phase if they’re a younger athlete.

A few examples of these important movements may be a lateral shuffle (in the frontal plane), a back pedal or sprint (linear) or a 90-degree change (multi-directional).

Ultimately, the goal of Phase One is to break down each movement into simple components so that the athlete can perform each at a high velocity. It’s during this foundational level of agility training that an athlete should also be working on low-level plyometrics, specifically in the frontal plane.

I also recommend training inversion and eversion of the ankles, as well as hip abduction and adduction which will work to support your lateral agility. 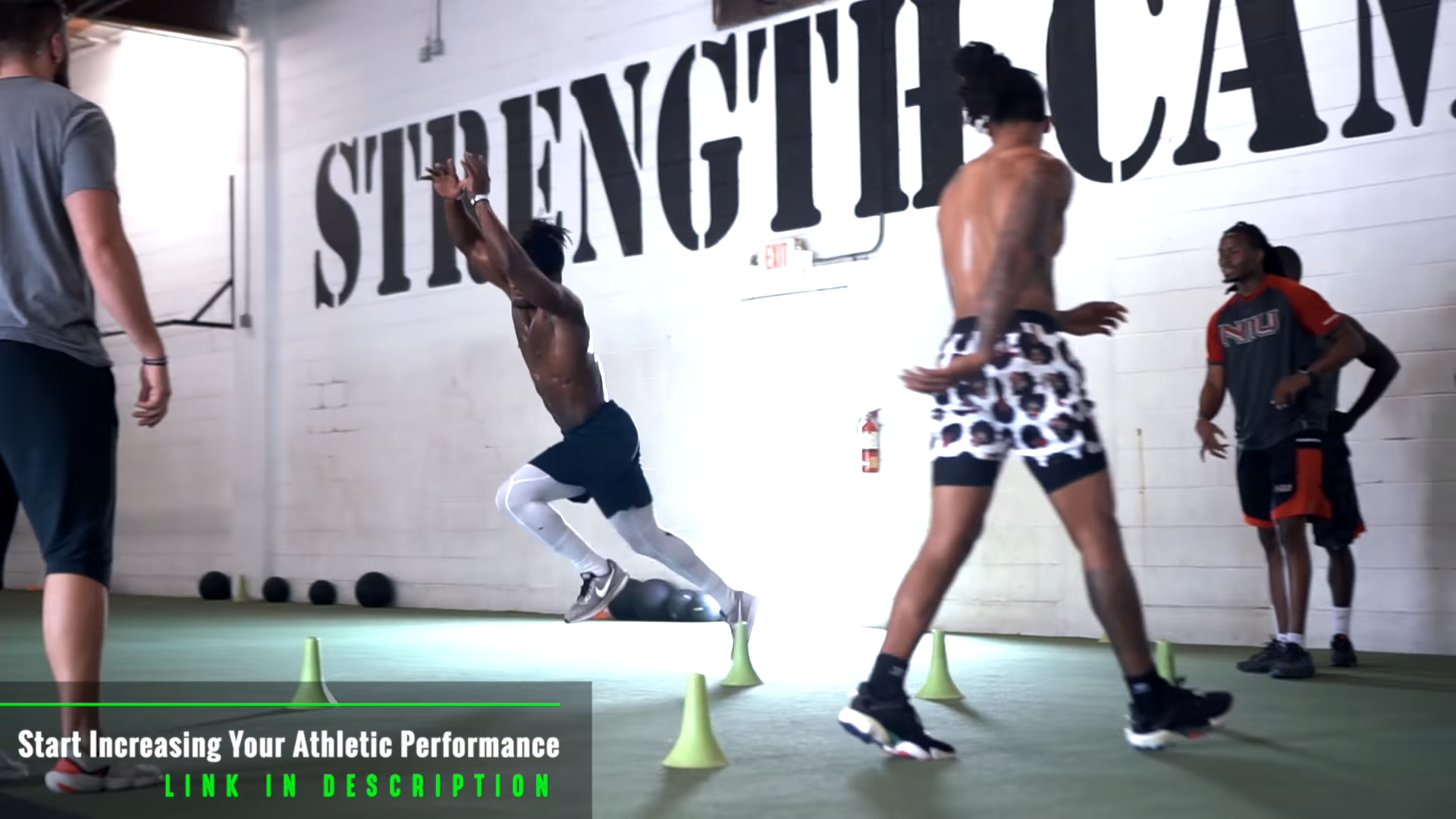 As you progress to Phase Two of agility training, you’re able to add in a reactionary component. While Phase One was predetermined, the athlete now has to make an actual decision based off of somebody or a stimulus provided during training.

During your programming you can incorporate multiple types of reactionary cues such as:
1. Auditory (a cue from a coach)
2. Visual (have the athlete look at a new stimulus to)

This may also be reacting off of another athlete. We can create this situation by having two guys run side by side in a sprint so they need to mirror one another.

Another essential component of Phase Two is to advance the plyometrics from just frontal and lateral movements into multi-directional. So for example, I may have an athlete begin moving laterally and ask them to change to a back pedal.

The goal here is to continue the progression of plyometrics and elevate the athlete’s overall linear and lateral speed. We also want to increase the power output of their plyometric training. 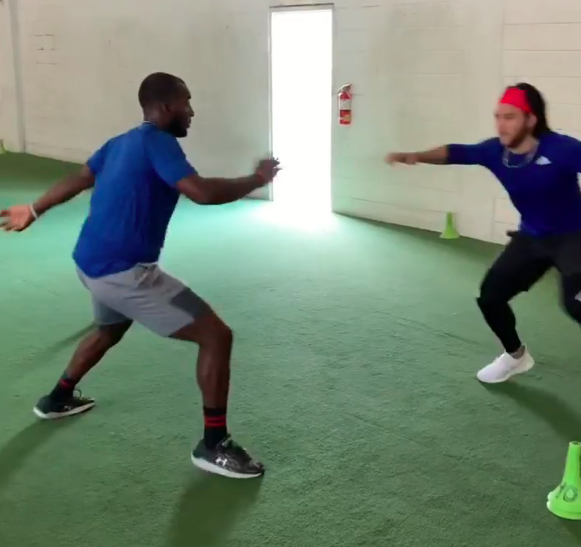 Sport specific agility training takes place prior to the athlete’s “peak” as we have them moving into their season or camp. It’s during this part of our programming that we look to translate their agility to a specific sport. This allows us to move from the crossover movements worked on in Phase Two into the specifics of what that athlete performs during competition.

This is more along the lines of what you may actually see that athlete doing on the field, court, etc. For example if I’m working with a Defensive Back, I may have them work on agility by mirroring a wide receiver during training.

This rides the line of skill training… But high level agility IS a lower level of skill training we can incorporate in the gym with our strength and conditioning. It’s all about picking the movements they’ll actually perform on the field and optimizing them.

You can do this by continually adding in more reactionary components to multi directional plyometrics. That way, the stimulus may be coming from a depth or even lateral or linear position.

The goal is to have the athlete react off the cues they’re receiving and strike the ground with proper mechanics. This will help them complete whatever the desired task is efficiently.

Don’t rush through your plyometric training. It’s important for all athletes to take the time to progress from the ground up. And, work through changes of direction and true agility development. If you just hop into sport-specific training, you’ll have missed all the work that’s made through progression.

As I always say, Isolate and Elevate.

If we can isolate our training in phase one, the ankle can strengthen through inversion and eversion. More, the hip can develop more lateral power.

As we move forward to sport-specific agility, you’ll be able to elevate these particular movements to become efficient and powerful. Progressing through agility training is what differentiates an athlete from good to great.

This speaks to the overall purpose of our strength and conditioning training.

You’re working to get stronger in the weight-room so that it can directly apply to an athletes ability at Game Time.

The Complete Blueprint for Agility Training

This week, I released my complete blueprint for agility training.

And unlike most agility programs out there which only contain a collection of cone and ladder drills, GAME SPEED contains everything you’ll need to train agility, including plyometrics, agility drills, lifting for agility, core training…

And a lot more.