As an athlete, acceleration is the name of the game. It might even be the most important deciding factor between winning and losing a game, no matter what sport you play. Your ability to develop acceleration factors in your first step quickness, how you fare running against the competition and how fast you’re able to make it to goal. Today we’re talking about the three key fundamentals you need to develop acceleration. 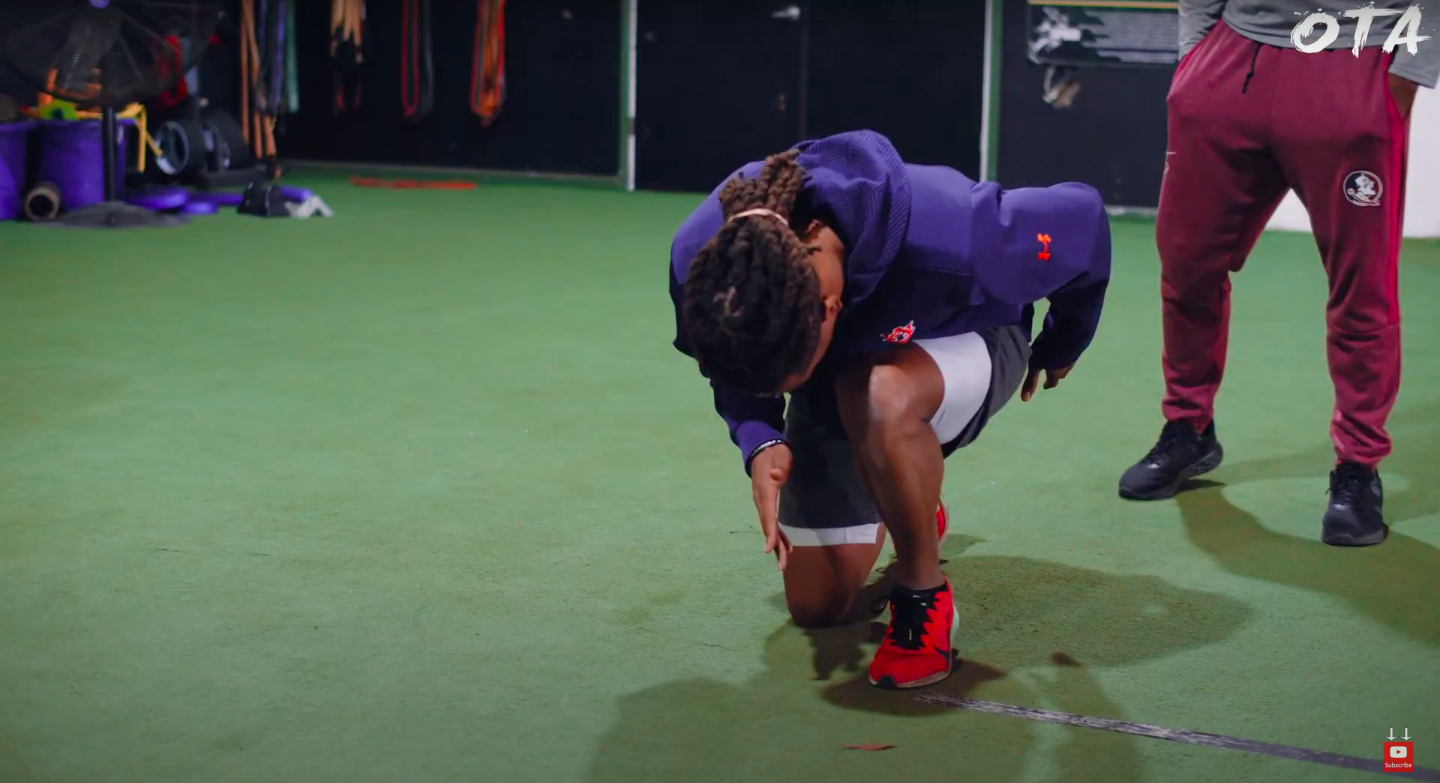 Acceleration in an athlete is that all-out burst of speed within the first 10 yards of an actual sprint. This post is meant to help decipher how I train this with my athletes through a phase by phase approach for how we actually develop acceleration.

Fundamental #1: Speed of the Movement

The first aspect of developing acceleration is improving upon the actual speed of the movement or the neural ability to perform this movement at a fast rate. You can think of this as the frequency of repetitions.

When we think about force-velocity curve, the focus should be on the velocity side of things at the beginning of your training to develop acceleration. During this initial phase you should be focusing on neural drills that are low complexity, and low impact. Because of this, each repetition performed should be done rapidly with as much quickness and intensity as possible.

Focus on flexing and extending at the hip. These are all simple movements that allow you train fast, to get fast.

Fundamental #2: Force into the Ground

Now that we’ve covered phase one, we want to move over to the force side of things. I can’t emphasize enough how important it is to really master the initial drills from phase one at a high frequency before moving onto the next.

Here the goal for you is to work on being able to draw and push back down into the ground with each step to produce maximum force. This creates a horizontal trajectory in the position we’re going in. Each time the foot makes contact with the floor behind the hip, you should have a positive shin angle which drives you forward.

All of these drills require the athlete to be able to produce force through a full range of motion from a dead stop or in other words “pre-stretch” position. This is referring to the period of time in which the tendons of the lower leg have not yet been activated. Something like bounds into sprints forces you to continue driving and pushing into the ground to propel yourself forward.

The third phase of training is based on mechanics. This area of work is all about the trajectory needed to push yourself horizontally forward. After working on rapid rate of movement or frequency, the next area of focus is on the actual force needed to propel against the ground. Finally you want to train so that the actual

Starting from the beginning, this is the actual order in which I’ll focus on each aspect with athletes both individually or while going through the off season depending on their sport. After you’ve established that speed and force, then you can work on developing your acceleration through proper, low heel recovery. This means you’re not stepping over the knee, but rather just over the ankle. Another aspect I like to have guys focus on during this phase is good spine alignment, keeping the chin tucked and the eyes drawn down. All these small aspects of mechanics will help support you from a physics standpoint for force application.

Each phase on your path to develop acceleration work together and are often mixed together. However when you go through each phase individually and work on one facet of training at a time, you can really develop strong speed and acceleration ability.

To become the fastest version of yourself you’ll need…

And a bunch more.

Thousands of athletes are currently using the Athletic Speed System to receive all those tools, and sprint faster than ever before.

If you’re serious about your speed, you should probably be doing the same.

You can find more info on Athletic Speed System below:

DISCOVER THE FASTEST VERSION OF YOURSELF