Why Core Integration is Essential to Athletic Movement

Just Having a strong and stable core is pointless unless you’re able to apply it to your sport. A five minute plank doesn’t help much when going shoulder to shoulder with a guy mid-game. 100 crunches won’t help you crush a fastball. So what’s missing? 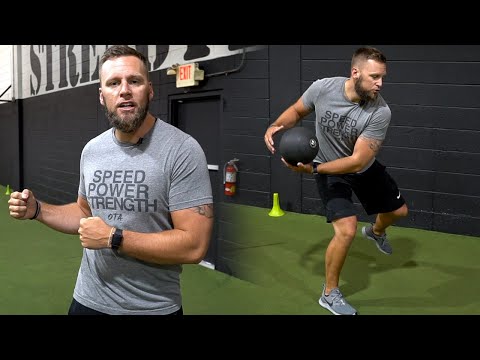 What is core integration?

Core Integration is training the core to connect the upper and lower halves of the body and build the ability to transfer force through the trunk.

Once an athlete progresses through core training and has built on basic stability patterns, it’s time to learn how to apply that strength to more complex movements. The kind of complex movements that occur when it’s Game Time.

Below we’ll talk about HOW and why core integration will make you a more efficient athlete: including how it should apply to YOUR daily training:

WHY YOU NEED CORE INTEGRATION MOVEMENTS

First off, core integration means that you’re able to directly apply and transfer the strength of your upper and lower body through the trunk, and into key movements that happen during competition. So for example, a baseball player should highlight rotational strength through their core to replicate hitting patterns.

Planks for example wouldn’t apply to his game as much since you’d never have an isometric hold like that.

While it’s true you need a certain level of stability for performance, once you’ve built this foundation, we need to turn our efforts elsewhere.

You should be thinking about strength THROUGH the movement.

While maintaining those basic patterns are important when it comes to training the core, athletes should focus on movements which mimic their sport. So this baseball player’s trunk rotation is the transferring of strength from the lower to upper half of the body

KNOWING THE NEEDS OF THE ATHLETE

Let’s take that baseball player again. Rotation starts in the lower body where we load and explode. Energy is then transferred up through the trunk and into the upper body by a release of the core’s tension. A few core integration movements I’d have this athlete work on would be a Side Med Ball Toss or even a Woodchop using cables for resistance.

Both of these movements start in a low lateral lunge and force you to shift and directly transfer whatever the resistance. This is perfect for that athlete because it directly translates to THEIR sport.

Overall there’s a ton of core training variations for athletes to use. Whether it be plank progressions or any kind of upper or lower body trunk movements.

What it really comes down to, is knowing the needs of the particular athlete. Take into consideration their current level and ability. Then you can create programming that suits whatever they may face in game situations.

HOW TO APPLY CORE INTEGRATION TO YOUR TRAINING

Trunk movement consists of extension, flexion and rotation. Pairing any of these movements together builds the base of a strong core. Anti-movement, for example, tap into the dozens of small stabilization muscles in the trunk that resist oppositional motion.

One of my favorite ways to do this is by pairing together movements that work in different ways.

We’ll take a look at how to combine anti-movements with flexion, extension, and rotational patterns below:

By pairing a Clubbell Carry with a squat, we’re able to work on the transfer of energy from the lower half through the core. Here’s how you would peform a movement like this:

There’s endless options and progressions when pairing two basic trunk movements together. For instance, we can pair trunk rotation with a lunge.

This movement works to integrate the core between an upper and lower body movement:

Rotation with a Lateral Lunge (Med Ball Side Toss)

The medball side toss is a highly specific movement for baseball athletes. It involves diving laterally off the back leg while rotating the trunk and tossing a medicine ball into the wall.

Obviously, this movement also integrates the upper and lower halves. You generate the bulk of you power through the legs, then transfer it through the coe and out the upper extremity

Here’s how to perform this movement: