Today I’m taking you guys through our baseline testing for baseball athletes. As many successful athletes know, it’s hard to grow without knowing your initial numbers… This is something you should incorporate into your training at the start of each off-season to get a better idea of your current strength capacity, and areas for improvement. 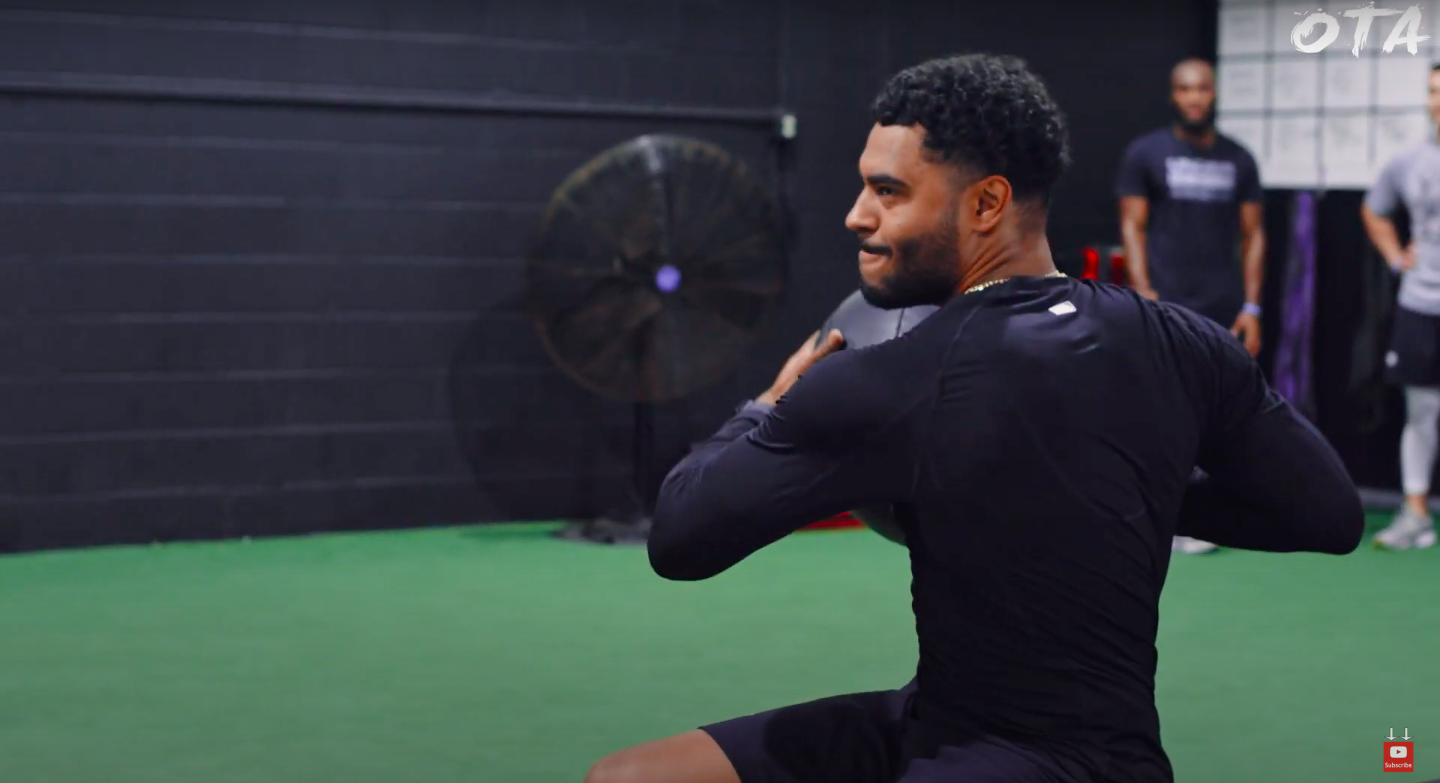 One of the main things we want to test when it comes to rotational athletes is how much force you can produce through a rotational movement. A few ways I like to do this is by breaking down the movement patterns we see on the field, into a sequence of smaller movements. The goal is to master these smaller and more precise patterns, so that eventually you can put them all together into a more powerful and efficient rotation.

With baseball athletes specifically, we go through a series of med ball tests. Essentially I’ll start by having each athlete begin with a pre-determined weighted med ball and actually measure the distance of which they can toss that weight. You’re best off getting these numbers at the start of the off-season and aim to increase the distance thrown by the end of the off-season, as you head into competition.

As a hitter, the force you relay through the bat actually starts from your contact with the ground or through the lower body. This travels up through the hips and finishes within the trunk. I like breaking it down this way so that you can actually train each area of your hitting phase by phase. For myself as a coach, my goal is to capture these metrics and get a better idea of where you might need to dedicate some extra time and focus.

Next I’m going to take you through the exact movements I recommend you go through for baseline metrics testing:

Here I start the athletes off in a seated position which isolates the trunk from the hips and lower body. The goal is to go through a shot toss only utilizing rotation through the trunk. As you start going through your off-season, you’ll start to notice how this specific focus eventually becomes your training.

Make sure you’ve gone through a full warm-up, then take up to 3 attempts with the seated med ball shot toss and record your numbers. (You’ll need another teammate or a coach to mark exactly where the med ball touches the floor first before rolling or bouncing).

Next you’ll be working from a half kneeling position. From here, you’re now able to incorporate both the core and hips while still eliminating the force from the ground and through the lower body as it would while swinging a bat. Continue to go through a few attempts measuring your distance from the same shot toss movement.

Finally we want to go through that same shot toss test, but from the ground. For this one you’ll be standing up and generating energy through the ground, up through the hips and trunk to produce maximal force. This full movement is the exact sequence you would go through during your sport to hit a home run.

Using Your Baseline Metrics For Good… 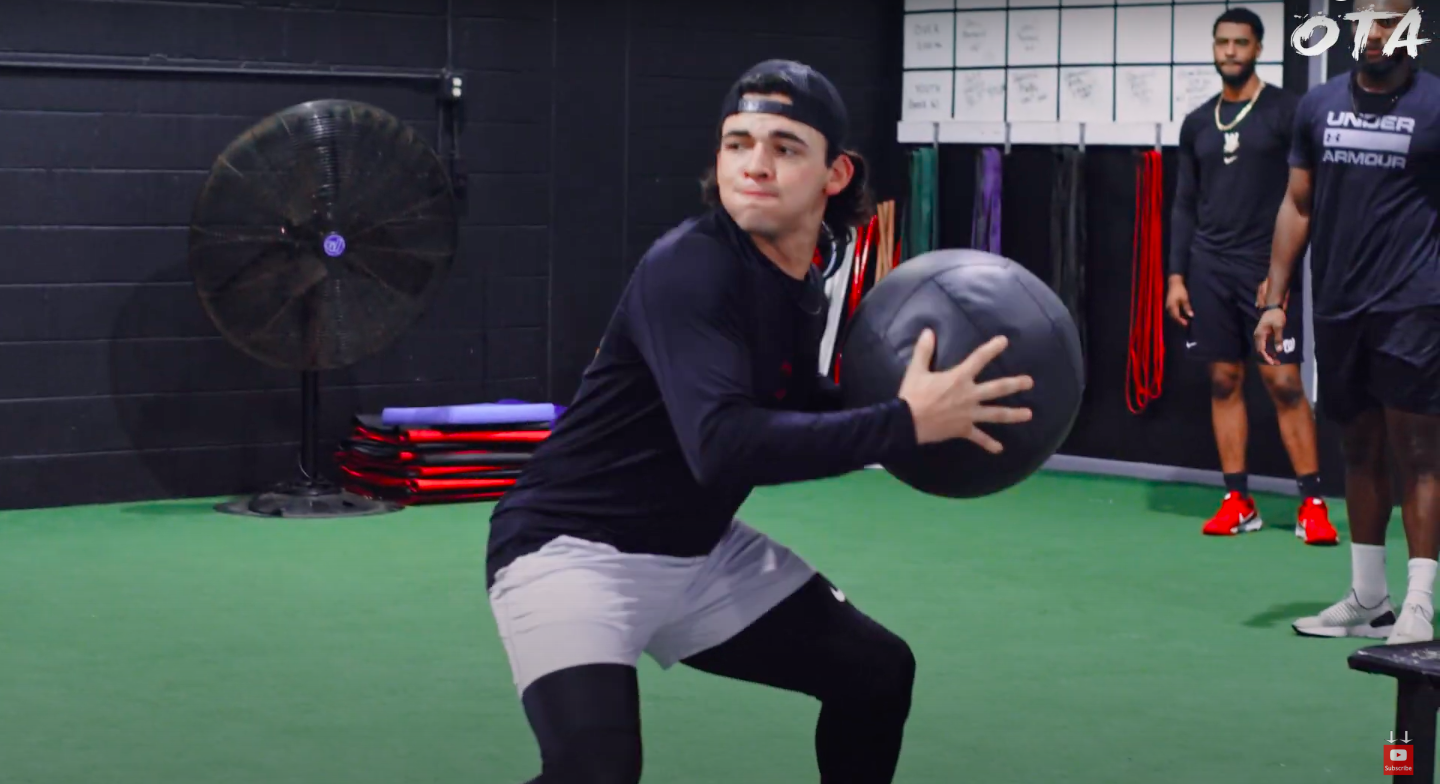 Once you’ve finished your baseline metrics testing, go through and look at your numbers for any discrepancies. Depending on the numbers you hit through each of the phases, you should have a better idea of what areas need work. From here you can start plugging in some different focuses for your off-season training protocol such as hip work or thoracic rotation. If you’re not sure and want some expert help, be sure to check out this coaching opportunity that’s taking athletes from average to elite.

The biggest thing I want you to take away from this as a rotational athlete is the importance of segmenting your training so that the entire kinetic chain becomes efficient and valuable during a swing or pitch. This way as you bring it back onto the field, you’ll both see and feel a lot more power. Similarly, this testing really allows you to get a better idea of your range of motion through the hips and thoracic. For more mobility work as a baseball player check this out.

If you’re looking for a more in depth explanation or would like to see how some of the elites take on their baseline metrics testing, watch this below:

This testing is just one of the reasons I’m seeing a major increase in power and overall ability with my elite baseball athletes. If you’re interested in a full baseball program that incorporates all of this and more, check out the link here: